Share a memory
Obituary & Services
Tribute Wall
Read more about the life story of Barbara and share your memory.

Barbara J. Colbert passed away peacefully at home surrounded by her family on November 18, 2022. She was born September 1, 1925 to John J. Schaefer and Alice E. Crahan Schaefer in Syracuse, NY, the eldest of two daughters. Her family lived briefly in New York City before moving to Ithaca’s South Hill a few years later; Barbara remained in Ithaca for the rest of her life.

As a child, Barbara enjoyed performing in plays and was an avid dancer including tap, ballroom, and swing. She also had a deep love of nature and animals; her favorite childhood pet was a rabbit named Honey-Bunny Boo. She excelled in her studies and athletic endeavors.  For summer fun, she loved biking to Buttermilk Falls and Stewart Park for a swim, roller skating, playing tennis, and competitive horseshoes. Winters were her favorite season, with ice skating at Van Atta’s Dam and Beebe Lake, and cross country skiing.

Barbara graduated from Ithaca High School in 1942. At age 16, she entered the School of Arts and Sciences at Cornell University, majoring in Psychology, and graduating with the Class of 1946. Some of her fondest memories were the big band dances. She was a proud member of the Alpha Xi Delta sorority, and worked with a program that welcomed back World War II veterans to Cornell. The highlight of Barbara’s summers was her active involvement in organizing and participating in Cornell Class of ’46 Reunions.

While at Cornell, she met her future husband, Robert Reed Colbert, Sr. (Cornell ILR ’48). They were married on Barbara’s birthday in 1948. The couple first settled on N. Geneva Street close to family, but soon moved to the Belle Sherman neighborhood of East Hill as the size of their family grew to eventually include eight children. Barbara worked for the Grange League Federation (GLF) as well as for Professor Bernhard Fernow of the Cornell College of Forestry.  After marriage, she worked closely with her husband, Robert, helping to manage the blossoming family real estate business.

Barbara and her family were members of the Immaculate Conception Church and she was an active member of the Cornell Catholic Community. Barbara and Robert played a vital role in the development of the St. Catherine of Siena Catholic Church in the early 1960s. Barbara and her family welcomed priests into their home for dinners and holiday celebrations. She participated as a volunteer in various manners, including working for the Board of Elections and organizing American Red Cross blood drives as well as being a donor herself. Later in life, Barbara worked as a volunteer in the ICU at Cayuga Medical Center helping families while their loved ones received critical medical care.

One of Barbara’s accomplishments that she was most proud of was her unfailing sobriety for 43 years. There is no question that this contributed to her ability to live a long and productive life. She was able to share her success to support others who suffered from this common disease.

Barbara was also an avid reader and had a great interest in following national, state, and local politics, never failing to share her opinion with others. Only her love of the New York Yankees could surpass her political interests. A visit to Barbara’s home on a summer evening would inevitably include a Yankee broadcast in the background.

In her later years, Barbara enjoyed travel including trips to Ireland, St. Croix, Medjugorje, Paris, London, Baja California, and traversing British Columbia by train. She was passionate about the environment and nature, taking advantage of the abundant wonders of nature in Ithaca and the surrounding area, enjoying hikes to majestic waterfalls, birding, dog walks at the Cornell Botanical Gardens and sharing these experiences with her children and grandchildren. She enjoyed boating with her family on Cayuga Lake and gardening at home. She was especially grateful, even in her final days, to be able to bond with nature from her backyard deck at her home on West Hill. Here, with family and her beloved cat, she would enjoy daily visits from deer, birds, squirrels, and many of God’s creatures.

Barbara will be remembered by family and friends as a beautiful, passionate, spiritual woman, who was an eternal optimist with a great sense of humor. She was a devoted grandmother, caring and compassionate about family, community, and global issues. She will be deeply missed by all who knew and loved her.

In lieu of flowers, donations may be made to The Ithaca S.P.C.A. or the Food Pantry at the Immaculate Conception Church.

A Mass of Christian burial will be celebrated Wednesday November 23, 2022 at 10:00 am at St. Catherine of Siena by Rev. Augustine Chumo and Rev. Joseph Marcoux. A memorial celebration of Barbara’s life will take place July 1, 2023.

To send flowers to the family or plant a tree in memory of Barbara J. Colbert, please visit our floral store. 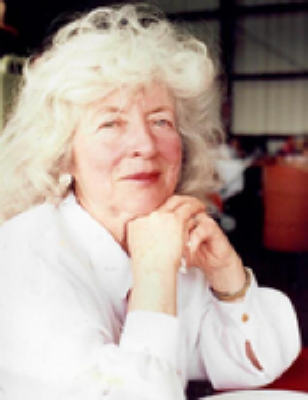