Share a memory
Obituary & Services
Tribute Wall
Read more about the life story of David and share your memory.

David B. Lipsky a renowned conflict resolution, negotiation and collective bargaining scholar, a former dean of the ILR School at Cornell University and the founding director of the Scheinman Institute on Conflict Resolution, died Jan. 17 in Ithaca. He was 83.

Affectionately known to his friends as Dave, he was born April 27, 1939, in Bethlehem, Pennsylvania. Dave and the love of his life and high school sweetheart, Alexandra "Sandy" Lipsky, were integral to the Cornell University and Ithaca communities for over fifty years.

Professor emeritus of industrial and labor relations and the Anne Evans Estabrook Professor of Conflict Resolution, Dave was a member of the ILR and Cornell communities since 1958, when he transferred from Lehigh University to ILR as a sophomore.

As dean from 1988 to 1997, Dave oversaw construction of ILR’s Catherwood Library and new classrooms, and the renovation of Ives Hall West. He also strengthened the school's relations with its alumni and undertook a series of important faculty hires that brought new global perspectives to ILR’s research and teaching. His 50 years of service on the faculty bridged the era of the founding generation of faculty who established the ILR School and its development into an applied social science college with a multi-disciplinary focus on the world of work, labor and employment, a transformation that he played a central role in driving forward. Dave was also a pioneer in the distance-learning domain, serving a pivotal role in the establishment of eCornell.

Dave's legendary commitment to students dated to his days as an ILR student. Over the course of his career, he taught hundreds, if not thousands, of students and left an indelible mark on the many who took his labor relations and conflict resolution courses. He captured their imaginations with his love for the world of work and its implications for society. Dave taught his last class in December 2018.

Lipsky received his doctorate in economics at the Massachusetts Institute of Technology in 1967 and held his first teaching post at the State University of New York at Buffalo before joining the ILR faculty in 1969.

An internationally recognized leader in his fields with countless publications, Dave served as the president of the Labor and Employment Relations Association and was the recipient of lifetime achievement awards from that organization and from the American College of Civil Trial Mediators. Dave's many co-authors and collaborators would marvel at his ability to bring out the very best in everyone he worked with. He was a generous and generative colleague who relished the opportunity to advance ideas with others.

Of his many gifts, Dave had a miraculous intuition for scholarly domains that would prove consequential. He had the remarkable ability to reinvent himself academically time and again, shifting seamlessly from scholar to academic administrator and back again.

He was among the inaugural group of fellows honored by the National Academy of Human Resources. Among his many academic and professional awards, Dave was a winner of a Weiss Fellowship for undergraduate teaching.

Dave was passionate about teaching and guiding students as they pursued their class assignments, graduate degrees, careers and leadership roles in diverse professions. He kept in touch with dozens of his students and developed lifelong friendships dating back to his early days at ILR.

For years, there was a line outside Dave's office, where he often met with students until 8 p.m. Sandy, his wife, lovingly joked that she was tempted to call the Cornell Police Department to drive him home to Belle Sherman, the Ithaca neighborhood where they lived for more than 50 years.

Dave never stopped cheering for his beloved alma mater (or the Buffalo Bills), and was quick to provide historical references about ILR and Cornell University. An amazing storyteller, Dave had thousands of witty and detailed stories and anecdotes that captured the essence of life as an academic and as a university leader. His timing was impeccable, as was his delivery.

A voracious reader, Dave's encyclopedic knowledge of many fields from history to the arts was astounding. Both Dave and Sandy had a deep love and appreciation for classic movies. Dave could recite key lines from hundreds of films and was the unmatched champion of film trivia.

Dave and Sandy traveled extensively and enjoyed their annual summer trips to Maine with their traditional stop in the Berkshires.

As an undergraduate, he took classes from one of the school’s founders, Professor Maurice Neufeld, who Dave credited with setting his standard for accessibility to students. Neufeld and his wife, Hinda Neufeld, became close friends and mentors of the Lipskys.

Dave often spoke of his hometown, Bethlehem, Pa., where he and Sandy, who died in April of 2020, started dating in high school and where he learned the art of negotiation working alongside his father in his haberdashery, Ray’s Men’s Shop.

"I waited on customers, it was a major part of my education,” he said in a 2013 interview. “My father was a good tutor … the way you sold was being of maximum service to the customer ... Those were formative experiences that carried over and served me well."

"There is a kind of connection between being in the retail business, dealing with customers, and then dealing with students. That relationship is so important."

Dave is survived by family and friends. Calling hours will be held at the Bangs Funeral Home in Ithaca, NY between 10:00am and 12:00pm this Friday, January 20, with a service to begin at noon.

In lieu of flowers, please consider a donation to the David Lipsky Student Activities Fund at the ILR School.

Funeral arrangements have been entrusted to Bangs Funeral Home. Online condolences may be made to David's family and friends at www.bangsfuneralhome.com and www.ilr.cornell.edu/remembering/david-lipsky.

To send flowers to the family or plant a tree in memory of David B. Lipsky, please visit our floral store.

Video is available for this event 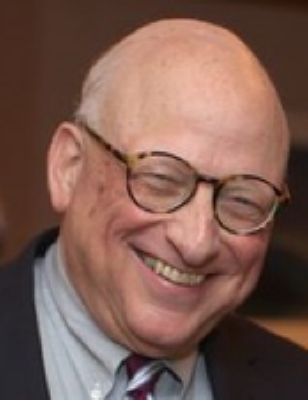