Share a memory
Obituary & Services
Tribute Wall
Read more about the life story of Donald and share your memory.

Donald F. Henry Jr. joined his wife in heaven on January 11th 2023, surrounded by love and comfort from family.

Don was born on September 28th 1946 in Ithaca, NY. He attended Immaculate Conception School, and graduated from Ithaca High School, class of 1964. Don also attended Mohawk Valley Community College. As a young adult, Don joined the Army in 1967 for a 3 year term. Being active duty at the time, he was deployed to Vietnam, and was the receiver of three Bronze Service Stars. Following his career in the Army, Don joined the Air National Guard in 1973, where he worked in Civil Engineering. During his service years, Don was promoted to Staff Sergeant, as well as E-6 Ranking. Don also spent a year on active duty following 9/11. He retired from the Air National Guard in 2006, after 33 years of service. Don also worked full time as a Postal Carrier for 21 years before retiring in 2008. He drove one of the big Mail Trucks, and mainly delivered around Cornell University. He always made sure to have dog treats with him to greet any pups along his route. He’d tell his family that it was safe to say, he won over those dogs, because in all those years, he was never chased or chewed on (ha-ha dad). Don’s children loved watching for his big Mail Truck with his specific ID number, which they had memorized, anytime they were out and about. If they were able to locate him, he’d give them a big funny smile and wave. His children were so proud of his work and accomplishments, and his biggest fan club.

Don was very proud of his children whom he raised with his wife Terry, married September 25th 1971, in Ithaca, NY until his wife’s passing in 2012. They were married for almost 41 years. Don would talk about his oldest son Eric’s martial arts accomplishments, especially his successes in professional MMA fighting, to anyone who would listen. Don shared similar interests with his son Justin, including military history, and building models. Don was so proud of his daughter Megan, whom he referred to as “peanut,” for becoming a nurse after his wife, Terry, was diagnosed with cancer, so she could receive the best care. He enjoyed having a nurse in the family (most of the time anyways). Don and his father Don Sr. built his dream log cabin home in 1986/87 from the ground up, next door to his parents, where he raised his beautiful family and enjoyed until his passing. Don and his youngest son Alex have worked on that same house in recent years, and Don raved about the projects that he and Alex had completed and were working on together on that house. That will always be special to him.

Don was an avid collector and admirer of Classic Cars. He spent part of his early years working in the Car Sales Industry. He was an active member of Car Pride of Ithaca until his passing. He spent many Tuesday evenings with his Car Pride friends enjoying cars and having a good time. You always knew where to find him if it was after 5:30 pm on a Tuesday. Every year he made sure to attend the Syracuse Nationals, he has the T-shirts to prove it. Don also loved his weekly Thursday morning breakfasts at Lincoln Street Diner with his brother-in-law Brian and his brother Rick, as well as other friends throughout the years.

At the request of Don, there will a Celebration of Life at the Eagles Club in Ithaca, NY, Saturday January 28, 2023, 2pm-6pm.

Funeral arrangements have been entrusted to Bangs Funeral Home, Ithaca, NY.  Online condolences may be made to Donald’s family at www.bangsfuneralhome.com.

To send flowers to the family or plant a tree in memory of Donald F. Henry, Jr., please visit our floral store. 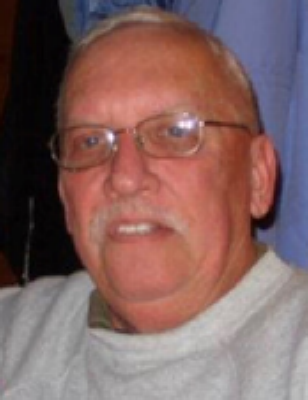