Share a memory
Obituary & Services
Tribute Wall
Read more about the life story of Dr. Jerome and share your memory.

Dr. Jerome Paul Van Buren, 96, passed away peacefully surrounded by his loving family on Monday, January 8. A memorial service will be held on Thursday, January 12 at 11 a.m. at Pleasant Grove Cemetery in Ithaca, NY.

Jerry was born in Brooklyn, NY on October 17, 1926. He graduated from Cornell University, completed his Master's degree and PhD. at Cornell, and spent most of his career as a Professor of Biochemistry at Cornell. He worked tirelessly at the New York State Agricultural Research Station in Geneva, NY, a research division of the Cornell NYS College of Agriculture and Life Sciences. He also taught graduate level courses in food biochemistry.

Jerry has done a lot of good and touched countless lives - he was part of the "Green Revolution" and specialized in preserving the nutritional value of foods, improving their marketability and introducing novel crop strategies to reduce famine risk in post-colonial and post-conflict regions.  He was a local leader in the Civil Rights movement serving as the first chairman of the Human Rights Commission in Geneva NY, and a committed internationalist, believing that people from different countries who work and live together build respect and connections that promote peace and prosperity.  He lived this, spending all his sabbaticals abroad working on projects of local importance and hosting dozens of international scientists at his lab over the years.  He served as an Army Combat Engineer 1944-47, went to college under the GI Bill and was on the faculty of Cornell where he had his lab in the Food Science department at the New York State Agricultural Research Station in Geneva NY.  He's been retired now for 31 years and lives in a house near the Cornell campus surrounded by a large wildflower garden he carefully tended and which is filled with the flowers and birds that he and his wife, Mary, so love.

Funeral arrangements have been entrusted to Bangs Funeral Home, Ithaca, NY.  Online condolences may be made to Jerry’s family at www.bangsfuneralhome.com.

To send flowers to the family or plant a tree in memory of Dr. Jerome Paul Van Buren, please visit our floral store. 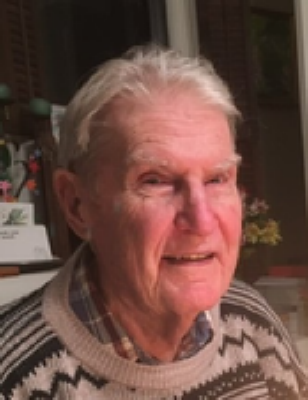