Share a memory
Obituary & Services
Tribute Wall
Read more about the life story of Juris and share your memory.

Born in Latvia in 1928, Juris Hartmanis emigrated to Germany near the end of World War II.  He studied physics there receiving a degree from the University of Marburg in 1949.  He then came to the United States, ending up in Kansas City, Missouri where he worked as a chauffeur and studied mathematics at the University of Kansas City, graduating with a master's degree in1951.  He received his Ph.D. in mathematics from the California Institute of Technology in 1955.

Juris was an instructor in mathematics at Cornell University from 1955-57 and then joined the Mathematics Department of Ohio State as an assistant professor for a year.  But the lure of research in an industrial lab drew him to the General Electric lab in Schenectady, NY, where he spent seven years.

It was during this time that he, along with R.E Stearns, founded the field of computational complexity.  Their fundamental paper “On the computational complexity of algorithms” (1965) came at a critical juncture in the development of theoretical computer science.  Their key contribution was to collect several disparate notions and special cases concerning complexity hierarchies into a general theory of computational complexity.  They defined time and space complexity classes of functions and sets in terms of arbitrary asymptotic bonds.  They proved several general results, linear speedup, and robustness under minor perturbations of the model.  They also discussed the complexity of approximating rational and algebraic numbers.  Although they worked primarily with multitape Turing machines, they argued rightly that the concepts were universal, and the same behavior would emerge in any reasonable model.  They theory of computational complexity, as we know it today, emerged from this seminal paper.  For this achievement, Hartmanis and Stearns were awarded the Turing Prize, Computer Science’s highest award, in 1993.

In 1965, Cornell brought Juris back to head the newly formed Computer Science Department, and it is largely through his vision and effort that the department grew to its current stature.  He was chair of the department three times—1965-71, 1977-83, and 1992-93 — and became the Walter R. Reed Professor of Engineering in 1980.  He took a leave of absence from Cornell in 1996-98 to serve as Assistant Director of the National Science Foundation, where he headed the Directorate for Computer and Information Science and Engineering.

Juris received the ACM Turing Award, the highest research award given in computer science (1993); a Humbolt Foundation Senior US Scientist Award (1993-93) and honorary doctorates from multiple universities.  He is a member of the National Academy of Engineering, the Latvian Academy of Sciences, and the American Academy of Arts & Sciences.

Juris was a kind and patient man.  Young children could sense his kindness and were drawn to him.  He loved to converse, and because of his broad interests did so intelligently on many topics.  He will be greatly missed.

A Celebration of the life of Juris Hartmanis will take place at the Ithaca Yacht Club on Monday, August 15th from noon to 2:00 pm.

In lieu of flowers please send donations to the Ithaca Sciencenter in memory of Juris.

To send flowers to the family or plant a tree in memory of Juris Hartmanis, please visit our floral store. 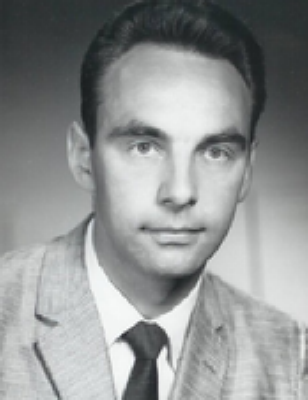