Share a memory
Obituary & Services
Tribute Wall
Read more about the life story of Peter and share your memory.

Peter Cedric Stein died in Ithaca on September 17, 2021 of complications of Alzheimer’s disease. He was born on June 16, 1932 in Lewiston Maine, to Michael and Edna (Smith) Stein. The family moved first to Manchester CT, and then to the Boston area. Peter attended high school at Roxbury Latin School, and entered the Massachusetts Institute Technology (MIT) at the age of 16, where he fell in love with physics. He earned his Ph.D. at MIT in 1956, and he then moved to Ithaca NY with his wife Irene to begin a postdoctoral position in the Physics Department at Cornell, where rose through the ranks to become a Professor of Physics and Nuclear Studies in 1967, retiring in 2009 as Professor Emeritus.  He taught courses in physics at all levels in the curriculum, as well as courses on science and public policy and data analysis and was an early innovator in inquiry-based methods. He particularly loved the early years of experimental physics; the excitement of listening to the latest hypotheses of his theorist colleagues, designing experiments to test those theories, building the experimental set-ups himself in the machine shop, and finally the thrill of running the experiment and detecting the theorized particles.  Peter was an early visionary, grasping before many the potential for modern computers to revolutionize experimental physics, and he convinced his laboratory colleagues to become early adopters. A lifelong adventurous traveler and explorer, he took his family abroad where he spent sabbaticals as a Fulbright and Guggenheim fellow at synchrotrons in Rome, Italy and Hamburg, Germany. In later years his interests shifted to arms control and national security policy, and in addition to teaching courses about the science and policy of nuclear weapons at Cornell, he spent time as a research fellow at the Center for Science and International Affairs at the Kennedy School of Government at Harvard University, a visiting professor at the Program in Science and Technology for International Security at MIT,  a Professional Staff Member for the House Committee on Armed Services in Washington D.C and a Research Staff Member at the Institute for Defense Analyses in Alexandria, VA. Over these years he co-authored more than 80 articles with a broad range of collaborators.

Peter inherited from his father a commitment to social justice, and throughout his life he worked tirelessly on many fronts to improve the lives of others. In his early years in Ithaca he worked to reduce racial discrimination in housing and he was deeply involved in anti-war activism during the Vietnam era. In the 80’s, Peter instituted at Cornell the November 11th anti-war convocation which grew to an annual event and eventually became the basis for a national advocacy organization, United Campuses to Prevent Nuclear War (UCAM). He believed passionately in direct engagement with the political process, and, together with his wife, he was a mainstay in the local Democratic party, often turning their home into the organizational hub for countless local, state, and national elections. He was a lifelong member of the Tompkins County Democratic Committee and served for many years as a New York State Party Committeeman. In the course of obtaining the required security clearance for his jobs in the DC area, he was disappointed to learn that despite all of his activism, the FBI did not have much of a file on him and thus there were no issues with his clearance.

While at Cornell, he was deeply committed to serving the institution beyond his primary role as a researcher and teacher. In addition to serving on numerous committees, he served as faculty trustee, for one year as Vice Provost and then five years as Dean of the Faculty, where through his diligent policy work he made a difference in the lives of his colleagues. After retiring, he served first on the Town Board for the Town of Ithaca, and then for two terms on the Tompkins County Legislature, where he prided himself on responding to his constituents’ concerns and successfully resolving them. He served on several community boards, including the TCAT Board of Directors, Cayuga Trails Club, and Lakeview Cemetery.  Bringing his formidable intelligence and analytical mind and his never-ending restless energy to countless local, national, and international issues, he educated many and changed lives, though admittedly he sometimes had trouble understanding why his careful, cogent and correct arguments did not always win the day.

Peter loved the arts, and was a lifelong lover of opera, travelling regularly with his wife to the MET, Glimmerglass and opera houses around the world. Always an explorer, he travelled broadly, exploring culture:  museums, cathedrals, mosques, and ruins everywhere. Both Peter and his wife were city kids, but they grew to love the beauty of upstate NY, and Peter taught his children the joy of walking, hiking and camping, even in the rain, much to his wife’s chagrin. And Peter loved the theatre. Not content to only watch (though he did love both local and NYC performances), he wrote “La Jornada del Muerto,” a play about the work leading up to the first detonation of a nuclear weapon at the Trinity test site in New Mexico. He also enjoyed acting, performing in community theater productions in both the Ithaca and Washington DC areas.  Peter was an amateur pilot and for a time enjoyed flying his Cessna back and forth from Washington to Ithaca.

But more than anything, Peter adored his family.  He and his wife Irene had recently marked their 65th wedding anniversary.  On the foundation of their strong, enduring and sometimes turbulent partnership and love, they raised a loving and deeply connected family and worked together as community leaders, each complementing the other in service to the greater good. As was the case of many American men in the 50’s, he became a parent with little experience, and was overwhelmed by the intensity of his connection with and love for his children. In an era where many fathers were somewhat distant, he was a loving, devoted, and involved father to his three children, who loved and respected him, though his character-building lessons were not always welcome. Becoming a grandfather was even better, and he had unusually close and loving relationships with each one of his five grandchildren, sharing with them his love of opera and taking them on long walks and high school graduation adventures all over the world as long as he was able. A few months before his death he had the joy of meeting his first great-grandchild in person. Always a colorful and funny writer, he chronicled many family trips (including detailed descriptions of every meal and comically accurate descriptions of family interactions) in his diaries, capturing many memories to the later delight of his family.

Due to the current situation, there is no memorial service planned at this time. In lieu of flowers, donations can be made in his memory to the Union of Concerned Scientists, the Alzheimer’s Association, or Cornell University.

To send a flower arrangement or to plant trees in memory of Peter C Stein, please click here to visit our Sympathy Store.

To send flowers to the family or plant a tree in memory of Peter C Stein, please visit our floral store. 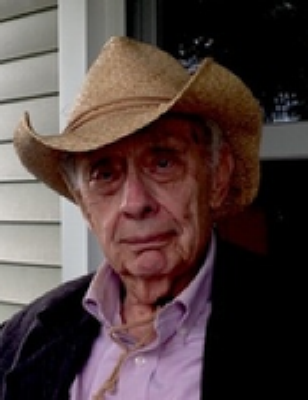 You can still show your support by sending flowers directly to the family, or by planting a memorial tree in the memory of Peter C Stein
SHARE OBITUARY
© 2023 Bangs Funeral Home. All Rights Reserved. Funeral Home website by CFS & TA | Terms of Use | Privacy Policy | Accessibility