Share a memory
Obituary & Services
Tribute Wall
Read more about the life story of Richard and share your memory.

Richard C Staples, who liked to be called Dick, passed away on the 15th of January 2021, two weeks before his 95th birthday. He and his identical twin brother were born in Hinsdale, Illinois on January 29th, 1926. Both were Eagle Scouts. Their mother raised them to follow their independent lives, and so it was when they were drafted into the service during WWII at the age of 18. Harry went to the Army, Dick to the Navy where he served in the Pacific as a radioman, using the Morse code. He was forever thankful that he could receive a college degree under the GI Bill. He graduated from Colorado State with a BS degree in 1950. He then went to Columbia University to be a graduate student in Plant Biochemistry. He became part of Boyce Thompson Institute in Yonkers, at the same time. BTI provided a laboratory and other research facilities. There were four graduate students who shared a converted ladies room off the library. Shortly after beginning his graduate work, Dick was called up by the Naval reserves to serve another 2 years during the Korean War. This time his ship was in the Mediterranean. When he returned to Columbia in 1952, his major professor asked if he had been away! During that time he attended a dance in Earl Hall one evening after classes where he met his future wife, Mildred (Durdik.) That was in February of 1954. They married in August. Dick completed his PhD in 1957. Dicks’ thesis dealt with carbon metabolism of the bean rust fungus, and it became a life work. His work in rust brought many post Docs to work with him at BTI. They came from The Netherlands, Germany, France, Thailand, India, Japan, and Israel. Rust also took him to various countries to do hands on work and consultation.

In 1975-77 he was Policy Analyst, office of Science and Technology in the U.S.President’s office. He was proudest of his Senior U.S. Humboldt award granted in 1981. He did his research in Aachen Germany in 1982-83, and additional time in Constance the following year.

Dick stopped his work at BTI in 1992. At that time he was named the:

Dick did further work in Geneva Agricultural Research as an Adjunct Professor, Plant Pathology. He was an expert writer, editor and champion grant winner.

Early on it was noted that Dick’s hobby was science, which he continued until 2020 until Covid19 closed the doors of BTI and Cornell to non-essential persons. There was always Zoom and lots of papers to read to keep up with the changes in science. He applauded young upcoming scientists.

Dick was pleased to be part of BTI since his days in Yonkers and subsequent years in Ithaca. He was and will be forever a part of the BTI family.

His twin brother died twenty years ago. Dick leaves behind his loving family; his wife of 66 years, Mildred, three children and four grandchildren.

To send flowers to the family or plant a tree in memory of Richard C. Staples, please visit our floral store. 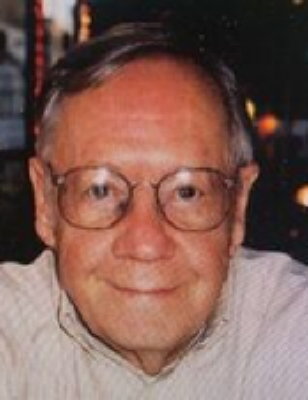 You can still show your support by sending flowers directly to the family, or by planting a memorial tree in the memory of Richard C. Staples
SHARE OBITUARY
© 2023 Bangs Funeral Home. All Rights Reserved. Funeral Home website by CFS & TA | Terms of Use | Privacy Policy | Accessibility